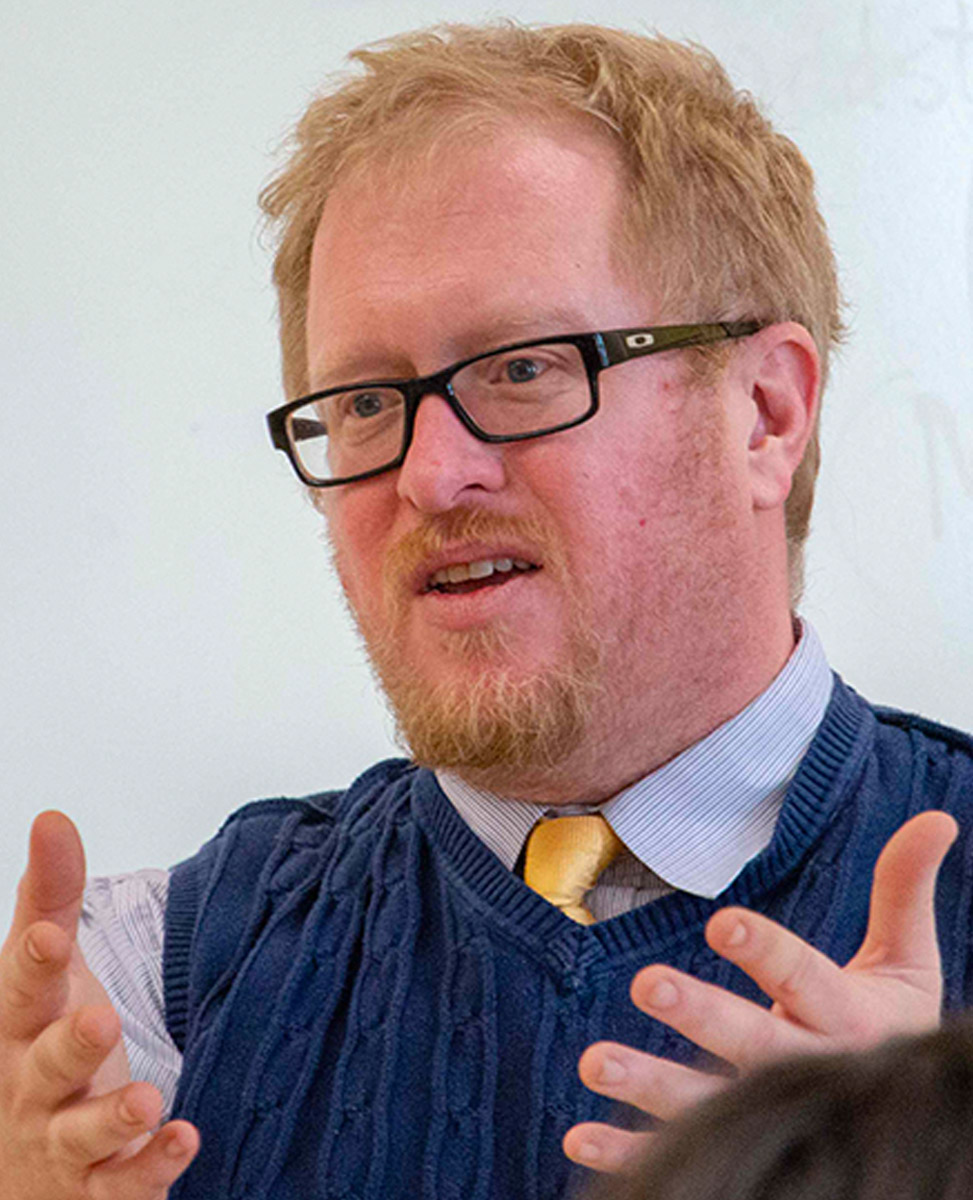 Advisory Committee
Program for Public Discourse
Associate Professor
Department of Communication
Christian Lundberg is an associate professor in communication and Co-Director of the University Program in Cultural Studies. His teaching and research interests include theories of the public and public discourse, public speaking, rhetorical theory, debate and deliberation, critical theory, and Cultural Studies. Dr. Lundberg also teaches the First Year Seminar “Think, Speak, Argue,” which focuses on debate and public speaking skills as pedagogical tools and as critical components of democratic life.
Professor Lundberg’s current research focuses on theories of the public as a social and discursive form, and on the animating principles for public discourses and identities. In addition, he has written a number of pieces that unpack forms of discourse constituting specific publics, with special attention to the intersection between public and religious discourse in Islam and Evangelical Christianity.
At the level of specific practices of public discourse and pedagogy, his work focuses on rhetorical theory, and on debate and public speaking as critical democratic forms.